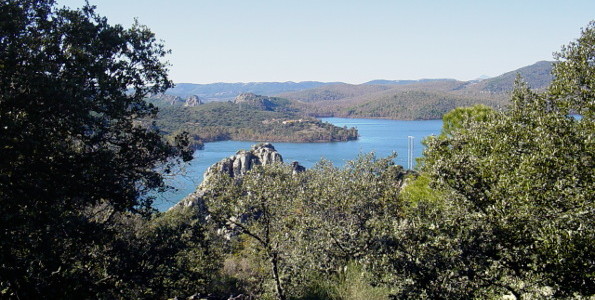 The richness of this natural area lies in its historical legacy and its delicious gastronomy. Livestock farming is the main activity in this charming land which shows their best to become a magic memory. The name of this zone comes from the Arab term Serna, translated as plain (open country). The actual translation from Spanish […] 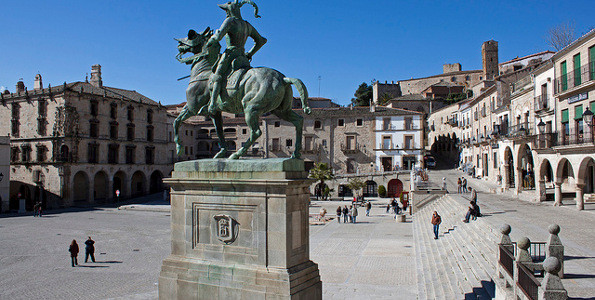 Both are zones with a rich variety of natural areas, a paradise for birdwatching and all kind of outdoor activities. And both are located near the Monfrague National Park. All this zone is made of agricultural lands and natural landscapes, together with plains, wetlands and reservoirs. The city of Trujillo is one of the most […] 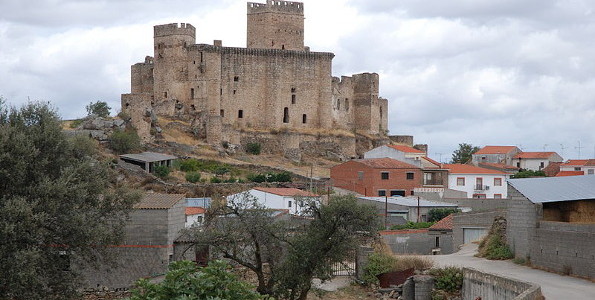 It is located near the Monfrague National Park, a true paradise for birdwatching. The land arround Navalmoral de la Mata is known as Campo Arañuelo, a place with beautiful landscapes of meadows, plains and pine forests. The Valdecañas reservoir has created a natural environment ideal for native birds and is a crossing point for migratory […] 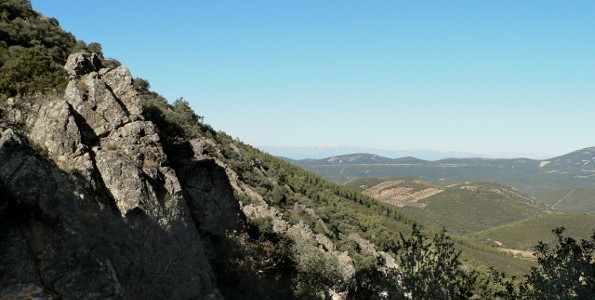 It is a mountainous massif that covers 2,544 km2 in the east area of Extremadura. Villuercas-Ibores-Jara Geopark is part of Global Geoparks programme of UNESCO: …The Geopark  (Villuercas-Ibores-Jara) is also extraordinarily rich in natural heritage including protected birds, biodiversity corridors, monumental trees, and Biosphere Reserves, with emblematic species such as the abundant cranes and raptors […] 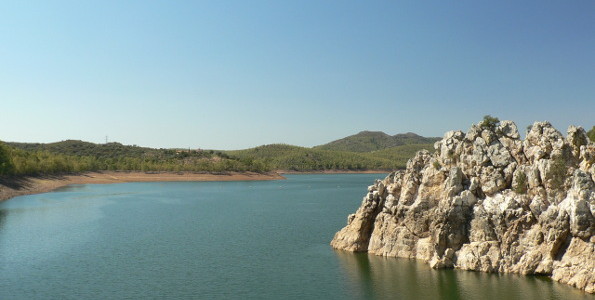 This region of west Spain is known as La Siberia (yes, like the region located in north Asia) Water is the most representative element in this zone: the reservoir of La Serena in the south is the greatest reservoir in Western Europe. And the dams of Orellana, García Sola and Cíjara makes this region to […] 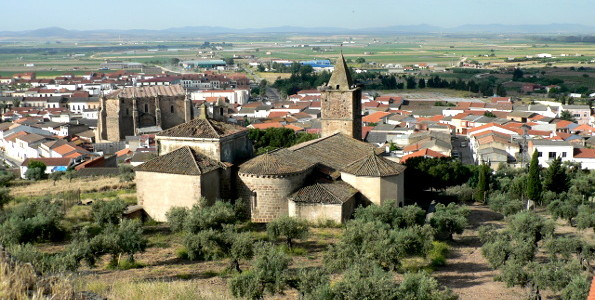 The Guadiana is one of two big rivers that flow through Extremadura lands. This zone is called Vegas of Guadiana because the lands are very fertile in the proximity of the Guadiana river in this area. Don Benito and Villanueva de la Serena are the main cities. Many cultures and civilizations were living in this […]

Llerena in the south east land 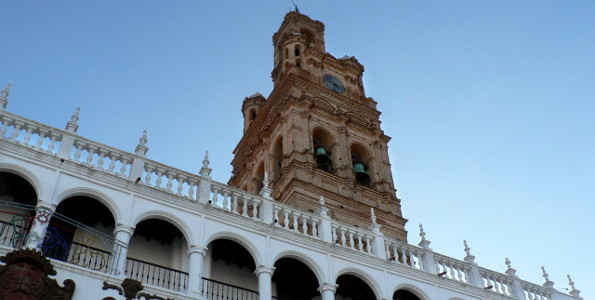 The wide zones of dehesas and smooth mountain ranges are the perfect place for birds like the great bustard or the crane. In this zone we can see many references to ancient civilizations: dolmens and menhirs at Cardenchosa from prehistoric ages, or the roman town of Regina, with its beautiful roman theater. The visitor can […]

Olivenza, a merge of Spain and Portugal 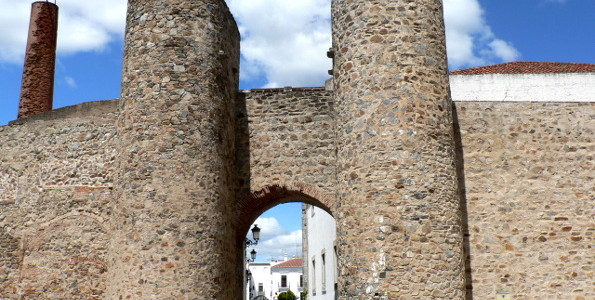 The Guadiana river is in this zone the real border line between Spain and Portugal. The visitor can see the influence of Portugal culture in Olivenza monuments and even the people of this zone. As a frontier zone, Olivenza has many defensive buildings and castles scattered in many towns or isolated in mountain ranges all […] 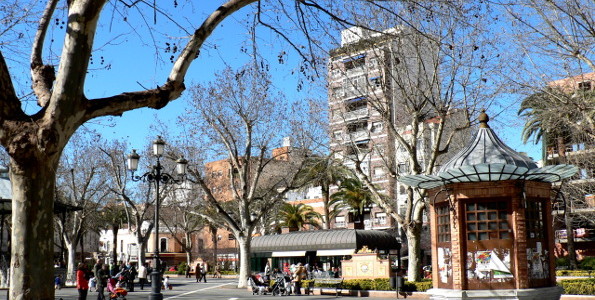 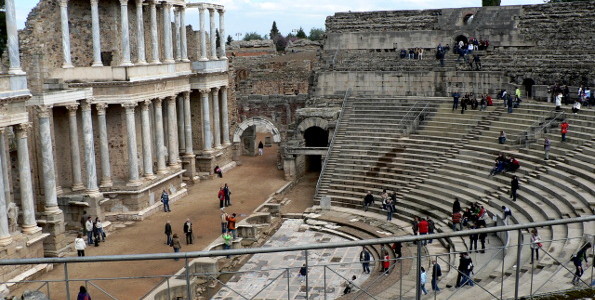 Augusta Emerita (Merida) was the administrative and military center of the Roman province of Lusitania. Nowadays, the city holds many Roman monuments and treasures. Merida is a World Heritage City, and has the most important set of Roman ruins of Spain: the Roman Theater, Amphitheatre, Circus, Trajano’s Arc, Aqueducts, Roman houses.. Near Merida is the […]