The zone of Sierra Suroeste and Jerez de los Caballeros has typical and beautiful landscapes, in the middle of a peacefuly nature.

The name of Jerez de los Caballeros (Jerez of the Knights [Templar]) is because Jerez was a very important Templar center. In this town is located the Bloody Tower, in the Templar Fortress, where the last knights of Jerez were killed by the King’s troops.

There are many Templar defensive buildings and medieval castles in this zone.

The visitor can see in this zone ancient monuments from Stone Age and pre-Roman cultures: the Dolmen of Toriñuelo, Letreros de Nijata, the Castro of Capote or the celtic town of Nertobriga.

If you visit western Spain at the end of March or first days of April, you can see many religious acts in Jerez and Oliva de la Frontera. They celebrate the Cristian Easter following old traditions.

In summer it is very famous the Internationa Festival of Folk in Fregenal de la Sierra, with participants comming not only from Extremadura or Spain but from other European, American, Asian or African countries. 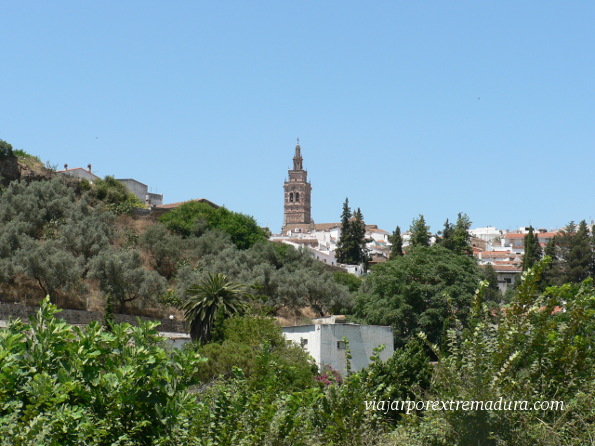 In summer is also celebrated the Templar Knight Festival in Jerez de los Caballeros, where the entire town goes back to the medieval days and celebrates many events related with the Knights Templar.