Great Bustard – The queen of plains

It is the european heaviest bird and the biggest flying bird. Some of the biggest males weighing up to 20kg. Extremadura holds about 25% of the spanish great bustard population, that is about the 15% of Earth population. 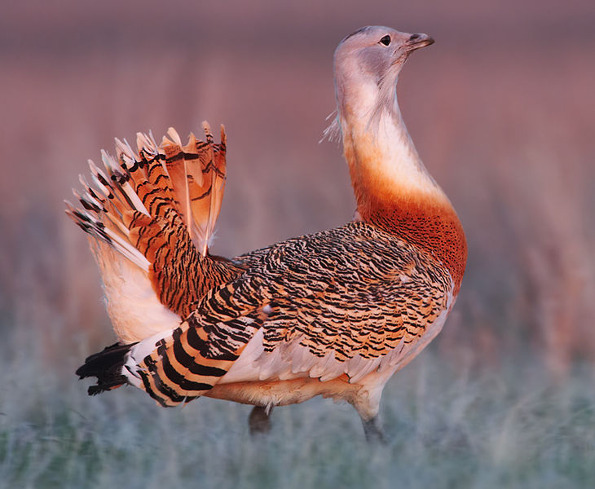 Spain has the 65% of the global population of great bustards. Extremadura is the second most important region in Spain, with 25% of Spanish population, so it is about the 15% of the total population in the world.

When the winter season is ending, at February, the groups of males and females begin to come together in courtship leks. Those groups can be composed by hundreds of bustards, mainly along March and April.

There are many zones in Extremadura where we can found many great bustards:

Llanos de Belen, at the north of Trujillo

Llanos de la Albuera, at the south of Badajoz city

The Campiña Sur and La Serena zones (south-east of Extremadura)

All those places are perfect for practising birdwatching, not only related with great bustards, but with many other bird species.